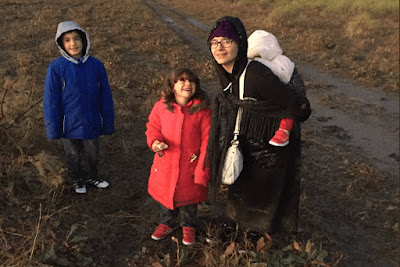 
Date: 04/29/2018
Esma Uludağ, a 35-year-old, mother of three children Turkish woman who fled to Greece from the persecution of the Islamist Turkish government led by President Recep Tayyip Erdoğan, died on Saturday night from a stroke.
Her husband, Mehmet Ali Uludağ (38), had to leave Turkey as well due to a number of investigations launched into him and detention warrants issued for him over his alleged ties to the movement. He first fled to Greece and then sought refugee in Germany.
In this video Mrs. Uludag and three of her children had to walk about 6 hours as they crossed Turkish border through Evros River and wished the God help those who will use the same route to flee Turkey! https://www.youtube.com/watch?v=7kZPNLqt_YU 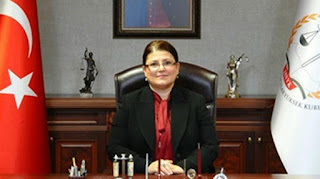 Nesibe Özer, Head of the 2nd Chamber of the Supreme Board of Judges and Prosecutors (HSYK) was detained during the rst days after the attempted coup for alleged links to the Hizmet movement. According to her lawyer on September 9 she was placed in solitary con nement in the Bakırköy Prison in Istanbul. Özer began a hunger strike on September 27 to protest the solitary con nement and the lack of a response to her petition.

On October 14, 2016, the prisoner A.B., a kidney patient, was se- verely beaten and dragged into her cell by prison guards while she was having a phone conversation with her mother. She was subsequently sent to the in rmary where she was referred to a general hospital. According to the daily newspaper that rst revealed the case, A.B. was still being held in Silivri prison by the end of October 2016, despite her continuous bleeding.